The modern word has never seen a humanitarian crisis of this magnitude.
Millions of people have become asylum seekers, forcibly displaced persons, refugees and trafficked victims.
Let us remember that they are our brothers and sisters in Christ and they need our love, help and support.

Join us in our Events and Activities to learn and understand more about what we do and
how you can get involved even with the smallest gesture.
Pray for us all.

Look out for our next Fireside Chat coming soon!!

Providing education to refugees in Thailand

JRS has long championed refugee education and is committed to ensuring that children forced to flee their homes are not deprived of their right to education and a path to a more hopeful future. Education provides stability and a sense of normalcy. It engenders hope while preparing refugees to meet future challenges.

Urban Education Project Bangkok
In the Bangkok Metropolitan area there are an estimated 5000 refugees and asylum seekers from more than 50 countries. JRS supports the education of refugee youth who do not have access to formal education or vocational training. The gap in education for the youth constitutes a major protection and human rights concern, especially since these youth experience an extended and uncertain period of asylum in Bangkok. The Urban Education Project provides English and Thai language courses, digital and vocational skills for youths between the ages of 18-35 years old. It caters especially for vulnerable adults and unaccompanied youths who struggle to survive without their families. 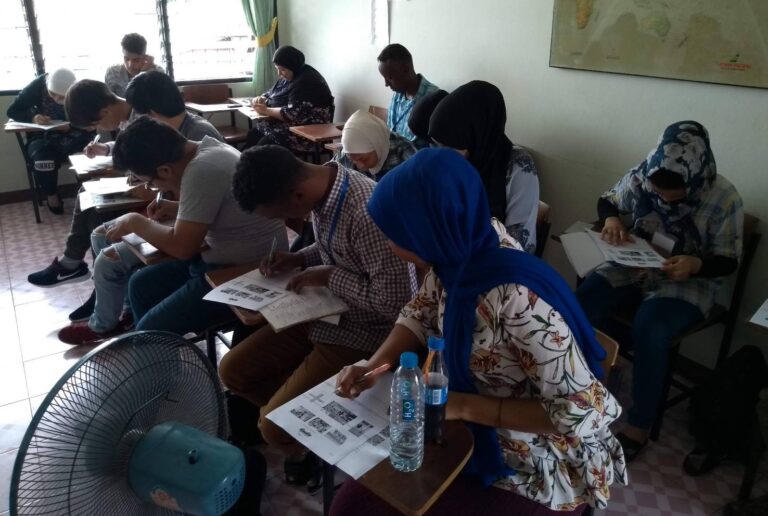 Sustaining Education for Refugees from Myanmar
JRS has also been the primary support for education in the Karenni refugee camps along the border in Thailand since 1997. Currently, there are 91,777 refugees hosted in the nine refugee camps along Thailand’s border with Myanmar. JRS focuses its mission in the 2 camps of Ban Mai Nai Soi and Ban Mae Surin in Mae Hong Son. These two camps host about 9825 people. JRS partners the Karenni Education Department (KnED) to implement and deliver educational services to 14 schools with approximately 2300 students in kindergarten to secondary school levels. Over the years, the scope of education has increased to include vulnerable groups, such as out-of-school children and youth. 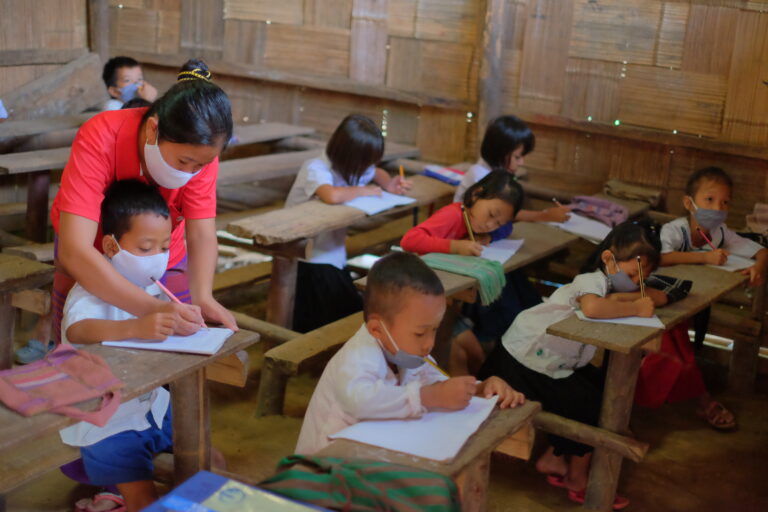 Since resettlement in another country is no longer a possibility, and the Thai government’s current policy does not allow for local integration, the alternative for these refugees is a return to Myanmar.

However, this is not an option due to the current political crisis in Myanmar. According to a UNHCR report in June 2021, 175,000 people have been displaced within Myanmar since 1st Feb, forced to flee their homes in search of protection. Places of worship have also been targeted and destroyed while serving as refuge for people caught in the conflict. For the refugees in camps along the border, the current political instability has brought great uncertainty and a real fear of returning to Myanmar. JRS is appealing for funds to sustain the education programme and support refugees who are faced with the prospect of a long period of encampment. 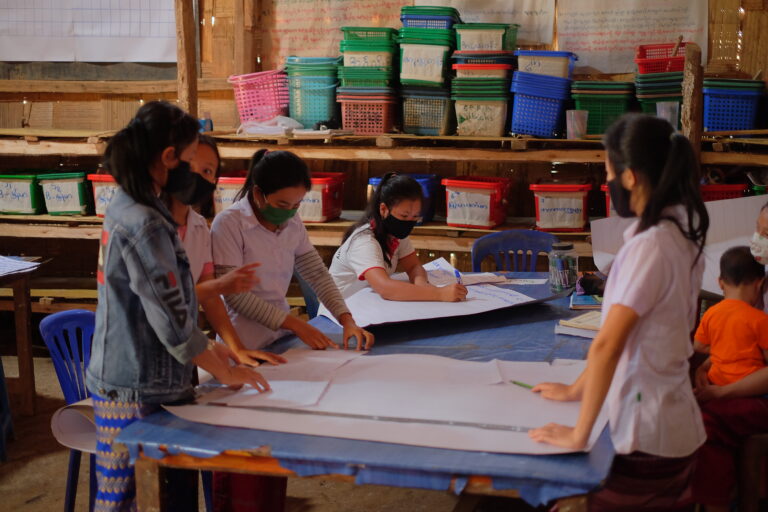 If you are keen to support our education programme and want to make a difference in the lives of refugees.

The theme chosen by the Holy Father Pope Francis, "Towards an Ever Wider “We”, echoes his appeal that, in the future, “we will think no longer in terms of ‘them’ and ‘those’, but only ‘us’.

World Day of Migrants
and Refugees
@ Church of St Ignatius

Free movie screening - "The Staging Post" - about friendship, connection and the power of community among the Afghan refugees in Bogor. Prayer walk exhibition at the Place of Gathering.
More details

Come celebrate with us on this joyous
feast day! All proceeds will go to support life-saving projects for the Rohingya refugees.

An online event jointly organised by
Caritas Singapore and CHARIS.

To remember and celebrate the amazing love of God shown in our Singapore history.
More details

An online event by the
Jesuit Mission Australia.

Exhibits on displayed at the church foyer. Our volunteers will be there to share with you about the refugee situation, what we do and how you can get involved even with the smallest gesture.

Come to the Exhibition for the
Rohingya refugees of Cox's Bazar, Bangladesh
to find out why we need to give them
the life-saving support now.
More details

2020
World Day of Migrants
and Refugees

#DO1THING: Hope for Refugees Begins with You

Outreach Exhibition at Church of St Alphonsus on the Rohingya Refugees of Cox's Bazar, Bangladesh. Learn more about their plight, courage and perseverance in the midst of human suffering.
More details